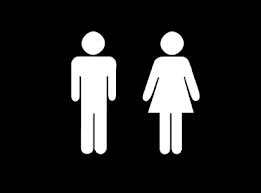 Gender Equality continues to be a challenging problem globally.

In an effort to create empowerment of women the issues of gender relations and masculinity, directly affected by conflicts must be addressed. To first define what it means to be a man who has reached manhood is the male achievement of being the provider, through stable employment which leads to marriage and family formation, the creation of adult manhood. However, a large number of men with low income remain trapped in “perpetual youthood.”

To escape this cycle, these young men resent the “big men” and thus join corrupt armed movements, because they feel empowered with a gun in their hand. In their eyes, the guns gets them food, wealth, etc. thus allowing them to assume the role as the provider.

Another keystone issue with men is the desire for economic prosperity, as economic empowerment with men has shown to create violence. Also prominent is to work related stress and depression, common in the lives of men. In Mexico for example, this is apparent in 90% of the working male population.

From a study conducted by Promundo, 72 percent of the men sampled were ashamed to face their family if they lose their work. In addition, nearly half (46 percent) of the men would rather be away from their family and drink alcohol, pay for sex, or take other illicit drugs. This further leads to a higher rate of suicide and depression.

According to Dr. Baker, men do not cope with stress and difficulties well. Because men see it as unmanly to voice their problems, men often fail to seek help for their problems. Regarding mens use of violence several conclusions were made. Men are more likely to be violent against their female partners, other men, and children, if they grew up with violence present around them or in their household.

Likewise, men who grew up with caregivers are less likely to become violent; men who see their father are half as likely to be violent. According to Promundo, men who grow up accepting gender equality where significantly less violent then other men and reported a higher level of happiness.

Clearly the childhood and pathway to manhood molds the man when he reaches adulthood. Violence breeds more violence, a proper household remedies this. The social stigma that makes men fear being considered unmanly ultimately leads them to have further problems. The more issues they face that challenge their life, the more violent they will become.