Mr. Stephen Pursey, Director of the Department of Multilateral Cooperation at the International Labour Oranization (ILO) chaired a briefing on the organization’s recently released report “Global Employment Trends 2014: Risk of a jobless recovery.”  Mr. Pursey stated there are currently 62 million fewer jobs globally than before the Financial Crisis of 2008.  Women and young people are the most likely to be unemployed. He explained that under employment prevents poor people from, “working themselves out of poverty.”  He also noted concern about increased long-term unemployment and skills-mismatch, in which college educated people are failing to find jobs at their skill levels.

Mr. Olav Kjørven, Special Adviser to the UNDP Administrator on the Post-2015 Development Agenda, then spoke about the rising inequalities that the report reflected. He challenged the business elites to focus on the growing class stratifications.  He stated, “Extreme levels of inequalities have always led to social fractions and politicalupheavals.” Further, Mr. Kjørven expressed apprehension about how youth unemployment might affect an entire generation. 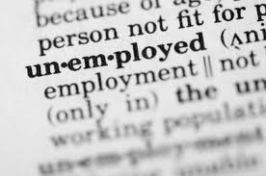 Next, Ms. Ronnie Goldberg, Senior Counsel to the United States Council for International Business, established that strengthened property rights and business friendly regulations were necessary to create jobs.  She called for more internships to alleviate youth unemployment and a restructuring business environments to accommodate womenwho are raising families. Mr. Peter Bakvis, Director of the Washington Office of the International Trade Union Confederation, added that improved minimum wages and access to collective bargaining would be helpful in decreasing underemployment.