The second anniversary of the International Day of Happiness was convened by Mr. Jeff Brez. He delivered the UN SG’s statement, which read, “Happiness may have different meanings for different people. But we can all agree that it means working to end conflict, poverty and other unfortunate conditions in which so many of our fellow human beings live.” Ms. Stevens explained that the international day of happiness is about having fun. She advocated for cultural preservation which she said can will us through any dark night. 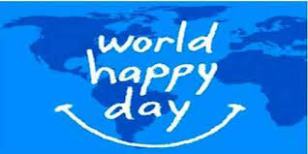 H.E. Dr. Al-Bayati explained that no single person can achieve happiness alone, we must work together to teach each other that happiness comes from within. At age 22, he was jailed in Iraq for attending a friend’s funeral. Saddam Hussein’s guards tortured him for months and tried to force him to confess to crimes against the state, that he did not commit. The Ambassador said he was happy underneath all the things he was going through. He moved to London and started a campaign against all dictatorships. There are people all over the world who are fighting and have fought for the happiness we have today, he explained. All religious books (Quran, Bible, and Torah) have said we come from two people, Adam and Eve. This means we are all the same. Happiness for him is giving more and expecting less.

H.E. Mr. Petersen explained that Denmark has been among the happiest nations in the world since the early 70’s. They are the world’s happiest people because they have trust, physical and social security, wealth, freedom, decent work, democracy, and life balance. Ms. Nishimwe explained that she was raped and infected with HIV but has been living a happy life in the United States. She survived the Genocide of Rwanda and refuses to carry any anger from the civil war. Ms. Larsen’s message was, happiness comes from other people’s happiness.