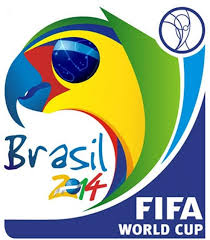 To celebrate the upcoming FIFA World Cup, the Permanent Missions of Brazil and the Netherlands co-organized a dialogue today that highlighted the valuable contribution of sport in the areas of peace and development. As the moderator, H.E. Mr. Oosterom opened the panel by discussing the beneficial aspects of sports on very basic levels, such as relieving stress, promoting happiness, and providing safe forms of entertainment. H.E. Mr. Khiari continued the conversation by discussing how sports transcend the boundaries created by differences in information, communication, and technologies. Through an increased sense of understanding, sport in turn creates an environment more conducive to reconciliation and peace.

Ms. Brandt spoke to the importance of sports in the lives of young people, pointing both to the lessons and values learned through sports, as well as sports exceptional ability to help return normalcy to the lives of traumatized children worldwide. Mr. Lemke continued the conversation about sports and children, discussing how his inaugural UNOSDP Youth Leadership Programme in 2012 helped promote leadership, social inclusion, gender equality, and partnership, showing how sports can help achieve the MDGs. Mr. Ghandour discussed the relationship between sports and poverty, expressing his pleasure with the annual Match Against Poverty, an event that uses former soccer stars such as Brazil’s Ronaldo to raise awareness about poverty and spread the message of teaming up to end this global challenge.

Ms. Scott continued the attention on gender equality, speaking about the need for a global initiative modeled off the irrefutable success of Title IX in the U.S. Through sports, girls experience life outside the home and subsequently learn skills that develop voice and agency that assists them in all spheres of life. Four out of five executive business women played sports in their youth, and most point to athletics as a major factor in their development. To close the meeting H.E. Mr. Aguiar Patriota shed light on sports create harmonious existence between groups with different cultures, promoting tolerance and non-discrimination that has historically been difficult to achieve.