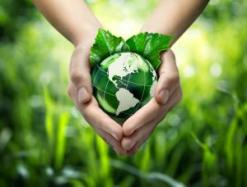 The Second Committee continued and concluded the general debate. The representative of Bulgaria focused on the lack of participation of young people in the decision-making process. Bulgaria called for an inclusive post-2015 development agenda based on human rights. Next the representative of Fiji stated that a robust implementation of the post 2015 development agenda would only be as meaningful for SIDS, if a cohesive financing development structure focusing on the special needs of SIDS is implemented.

Next the representative of the Food and Agriculture Organization (FAO) highlighted that the ‘State of Food Insecurity’ (SOFI) report showed that approximately 805 million people were estimated to be chronically undernourished in 2012–14, down by 100 million over the decade: demonstrating that the hunger target of the Millennium Development Goal is within reach. FAO also stressed on the need to invest in adequate social protection mechanisms, including nutrition-sensitive safety net programmes, to promote sustainable and inclusive development.

Finally the representative of International Federation of Red Cross and Red Crescent Societies stressed the critical connection between reducing disaster risk and ensuring poverty eradication and humanitarian and development interventions.