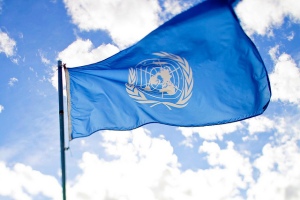 The Permanent Missions of the Czech Republic, Guatemala, Mexico, Portugal, and South Africa co-organized a special event on the legally binding status of the “Responsibility of States for Internationally Wrongful Acts.” Opening statements were made by Mr. Divel Tladi and Mr. Pavel Šturma, members of the International Law Commission (ILC). Professor Šturma stated that the draft articles are not yet “legally binding documents but enjoy a high level of authority” i.e. they are often referred to by international courts and tribunals.

Mr. Tladi asserted that the current trend of treating the ILC’s products without further deliberation and the input of states was dangerous for the international community. Assessment of the Commission’s approach should be addressed through a convention in which developing states could contribute. The Director of the Czech Republic’s International Law Department echoed a concern of Daniel Bethlehem, that codification would enable broad responsibility for states. Thus even those who provided military aid to other states have committed a wrongdoing in certain cases.

Dr. James Crawford, one of the contributors to the “Responsibility of States Act”, emphasized that though a convention may be progressive, countermeasures and varying views on multinational criminal responsibility would make consensus “virtually inconceivable”. The legal advisor to the Polish Foreign Minister also did not support the provocation of a conference, to which Portugal firmly disagreed. Earlier, a Portuguese legal advisor called conventions “the natural output of ILC work” that enables more stability.