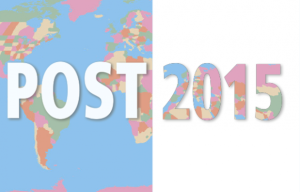 The meeting began with H.E. Anna Maembe’s remarks on Tanzania’s successes and challenges regarding sustainable development. As she pointed out, Tanzania has made significant achievements, like reducing its infant mortality rate and increasing primary education enrollment. It has, however, also faced difficulties in reducing poverty in rural areas as well as mitigating gender-based violence.

H.E. Juan Sandoval emphasized the need for reliable data in measuring social progress with a human rights perspective. He stated that the inclusion of youth, members of local and provincial communities, as well as the use of national indicators is necessary for sustainable development.

Mr. Roche stated that no target is achieved within a country unless all social groups meet the target, and that disadvantaged groups need to “catch up” in order to achieve national success. He addressed framework issues, disproving the belief that inclusion of marginalized groups inhibits progress. In fact, most of the countries that reduced inequality gaps and did not exclude disadvantaged groups achieved 6% faster progress.

Lastly, Mr. Bhattacharya addressed the issue of the meaning of “Leave No One Behind.” The definition, in the context of a universal agenda, applies to inequalities within countries as well as amongst them. He also stated that convergence is the common core issue in the goal of closing inequality gaps, and systemic concerns are the strongest interventions in achieving this.

3 thoughts on “Leaving No One Behind: Tackling Inequalities In the Post-2015 Development Agenda”