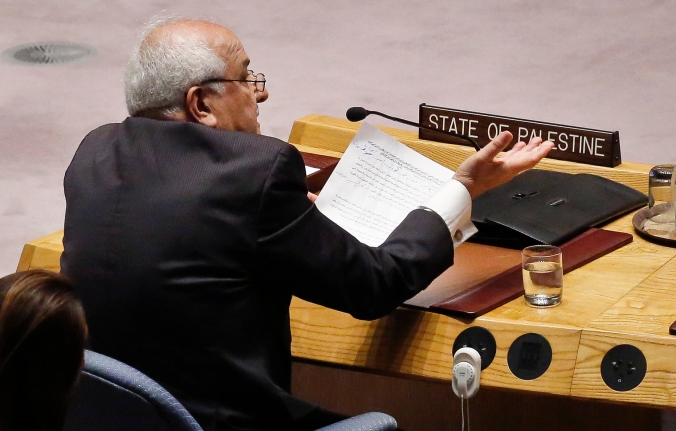 The meeting was convened for the adoption of resolution on the protection of the Palestinian civilian population. A heated debate between advocates of the resolution and opponents took place. Main drafters, including Algeria, Turkey and the State of Palestine, accused Israel of purposely violating the obligation to protect civilians’ human rights as outlined in international law. They argued that an international protection mechanism should be established. In this regard, they called on all countries in the General Assembly to take up the responsibility to end the long-lasting conflict.

Disagreeing with the main drafters, Ms. Nikki Haley questioned the urgency of ending Israeli-Palestinian conflict in comparison with armed conflicts in other parts of the world. She contended that politics instead of humanitarian concern brought the resolution to GA. Furthermore, she placed the blame on Palestinian Islamic militant group, Hamas, rather than Israeli government of causing civilian casualties in Gaza Strip. Claiming to give the resolution a balance, she proposed an amendment. It condemned Hamas’ improper use of civilian aids to military need and destruction of border crossing. In line with the US, Mr. Danny Danon representing Israel stressed that supporting resolution would empower Hamas. Also, he justified the violent act of Israel by defending its citizens.

In the end, the amendment drafted by the US received supports in simple majority but was eventually rejected after a few rounds of votes. The draft resolution was voted in favor by 120 countries. As one of the eight oppositions, Australia voted against due to disapproval of the amendment. However, most countries, including Switzerland and Norway, welcomed the draft resolution for its protection of civilians’ human rights.

Mr. Riyad Mansour, Permanent Observer of the State of Palestine to the UN;

H.E. Ms. Nikki R. Haley, Permanent Representative of US to the UN;