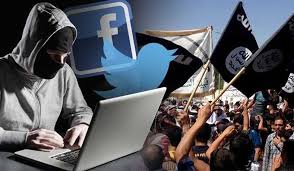 The Arab Union recently held a side event regarding the international cooperation to combat the use of internet for terrorist purposes such as misusing the internet for planning attacks, recruiting young people, broadcasting beheadings and using the dark web to acquire weapons – to name a few.

According to the UN Office of Counter-Terrorism (OCT), the UN has created targeted training that covers the use of digital forensic equipment, online prosecution and the cyber currency situation.

States have taken alternative counter-attempts. In Singapore, for example, the most successful counter-terrorist organization is called Religious Rehabilitation Group (RRG). The RRG focuses on providing clarification on what radical ideology and violent extremism are along with counseling services.

Organizations such as Hedayah, Etidal and the Counter Extremism Project are working with states and the UN to find the root causes and connections between the internet and terrorist propaganda.

The Hedayah Organization uses a psychological lens to analyze the process of radicalization. The Counter Extremist Project studies the reactions of internet platforms to extremist content, while Etidal focuses on the narrative of extremist ideology – specifically the roots/readings.

The most success in counter-terrorism has been found with private sectors. Facebook and Twitter have platforms that engage civil society by allowing them to participate in a way no other social platform has. It was reported that 1.2 million terrorist accounts were removed on Twitter between 2015-2017, however, only .2% were identified by governments while the rest was Twitter itself and users who report content directly. Yet, according to Tech against Terrorism, it is mall companies that constitute the majority of cases due to limited resources – nevertheless there is a platform in place, Tech Against Terrorism, to increase knowledge sharing with small companies as well as expanding efforts to governments as well.

Meeting: International Cooperation to Combat the Use of Internet for Terrorist Purposes: Opportunities and Challenges