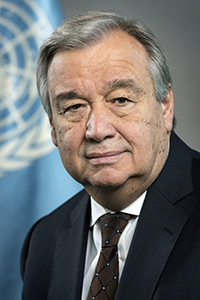 Speakers​: Office of the Spokesperson for the UN Secretary-General

The briefing by the Spokesperson of the Secretary-General touched on several tragic events. On January 1, a statement was issued by the UN on the attacks on UN representatives in Somalia. The statement strongly condemned the attacks and all violent means. A village in Mali was also attacked by unidentified armed elements, with 37 civilians killed, in what was possibly ethnic conflict. There are more wounded, and precise circumstances of the attack are yet to be confirmed. Additionally, on December 29, a major storm made landfall in the Philippines, killing 85 and affecting 2,000. Local authorities have since made contact with humanitarian representatives from the UN.

Other humanitarian disasters include, continuing displacement in Myanmar of ethnic populations and large rainfall in Syria, destroying humanitarian centers there. UN organizational forces are on the ground, attempting to assist the situations. However, in the case of Myanmar the problem has been worsening over years, and in Syria refugee numbers are only increasing.

Another news update was that on December 31, the UN Secretary-General appointed Robert Piper of Australia as Assistant Secretary-General to the United Nations Development Coordination Office. Piper had previously worked as the head of Development System Transition Team. A final note included annual UN dues. 152 out of 193 of these were paid as of December 31.

Questions that followed the briefing included information about implementation of the Stockholm agreement. The spokesperson responded that the UN was hard at work, releasing regular progress reports, and placing a team on the ground. When asked when the UN planned to deploy the second phase of implementation, no information was given. There was then a question concerning Israel’s withdrawal from UNESCO. The spokesperson could not offer any comment besides the secretary’s strong desire that all member states support all UN bodies.