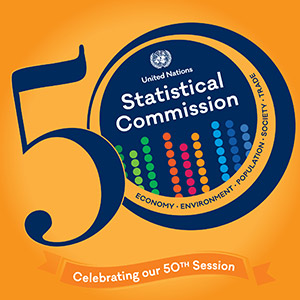 This meeting focused on various statistics and accounting, namely industrial statistics, price statistics, disaster-related statistics, and environmental-economic accounting. It also touched on the International Comparison Programme. Different countries represented different areas of focus in international accounting. China, for example, looked to the future in its speech. China has developed accounting for 3 new business models and modalities, the results of which are now published. It made the point that the new world economy is the digital economy which accounts for 15-16% of the GDP. However, while considering further technological development, China also noted the need for improvement of capacity-building in developing countries. It said that when assessing new economies, one has to take the level of development into account. This was a discussion area further emphasized by countries such as Philippines, Libya, Gambia, and Morocco. All of these countries noted the need for further capacity building measures.

Philippines further advocated for a phase by phase approach for the implementation of the current agenda, with the feasibility of implementation strategies ensured depending on the capacity of each member country. On the same note, Morocco complained that despite its earnest efforts to implement the 2008 System of National Accounts (SNA), an international statistical standard for the national accounts, adopted by the United Nations Statistical Commission, it suffers from limited human and financial resources. Mongolia established the concern that currently many international resources are not free and require money to download.

Countries conversed about the limited extent of international knowledge on the SNA, asking for more efforts to educate stakeholders. Libya, for instance, stated that it would support a conference for users, while Mongolia suggested trading seminars and the sharing of good practices. All delegates agreed that despite great progress, work remains to be done.