The meeting entitled “Review of SDG implementation and interrelations among goals: Discussion on SDG 13 – Climate action including the link to the Climate Action Summit and six action portfolios,” was convened this morning under the auspices of the Economic and Social Council’s High Level Political Forum. The purpose of the gathering was to review progress towards SDG 13, and to demonstrate the inter-linkages between the 2030 Agenda for Sustainable Development and the 2015 Paris Agreement on climate change. The structure of the meeting consisted of remarks by four resource persons, and five lead discussants, with intermittent comments from member states and other stakeholders.

The four resource persons covered four main topics, those being: the factors that would provide for a successful Climate Change Conference (COP 25), actions that would yield the greatest benefits in confronting challenges encountered in addressing climate change, the financing of these actions, and the inter-linkages between disaster risk reduction and climate change. A common thread between all four statements was the emphasis on the need to build capacity for coherence and coordination among all actors when looking towards the implementation of SDG 13. 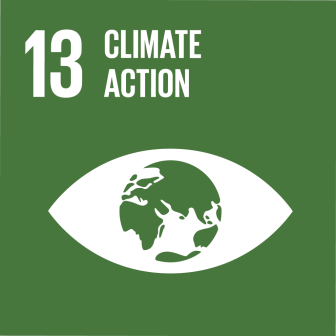 The five lead discussants consisted of individuals representing regional and sectoral actors including indigenous peoples, farmers and Xiamen airlines. The representatives of the indigenous peoples and the farmers each highlighted their dependence on land and biodiversity for their livelihoods and development, thus underscoring the need for their inclusion in decision making processes regarding climate change. Mr. Zhao Dong, Chairman of Xiamen Airlines, highlighted steps being taken by the airline to reduce its respective contribution to climate change.

Comments from member states and other stakeholders generally consisted of descriptions of measures being taken to address climate change, as well as calls for greater commitments and actions from the international community to do the same.

Meeting: Review of SDG implementation and interrelations among goals: Discussion on SDG 13 – Climate action including the link to the Climate Action Summit and six action portfolios