On the other hand, the Draft study and advice on the Rights of the Indigenous Child under the Declaration on the Rights of Indigenous Peoples took a human and children’s rights-based approach to tackle existing gaps in areas such as education and child welfare. The Draft study examined the current legal framework. Speakers further discussed the status of the exercise of the rights of indigenous children worldwide, which includes non-discrimination, the right to be heard, the right to life, the right to education, the right to health, the socio-economic rights, cultural and language rights, access to justice and interactions with child justice systems. They agree in general that states should take the necessary measures to protect indigenous children, particularly girls.

Date/Location: Tuesday, Jul 13, 2021 and the meeting was held virtually.

This meeting was a Briefing on the IV Global Conference on the Sustained Eradication of Child Labour. It was co-organized by the Permanent Missions of Argentina and Belgium, and the International Labour Organization.

Mr. Ted Chaiban, UNICEF Director of Programmes, spoke about approaches to ending child immigration detention. Specifically, he discussed: worldwide dialogues; agreeing and focusing on solutions and practices; a global compact on migration under the supervision of co-facilitators; and, encouraging member states and their partners to build road maps for taking systematic steps.

Mr. Donald M. Kerwin, Jr., Executive Director Center for Migration Studies, noted that most migration situations can be met by alternatives.  Detention should be a last resort only after all other solutions are fully exhausted. Moreover, states have a legal obligation to carefully examine the use of detention if other options are not sufficient. Also, the number of detentions and for-profit prisons should be reduced, and detentions should be used for non-criminals for the shortest period possible.

Overall, it was felt that it is cruel and degrading to deprive children of their liberty of because of their parents’ immigration status. Children should not suffer due to circumstances out of their control. Many delegates agreed with this stance, and are working on the further development of effective alternative solutions to the detention of children.

The November 22nd meeting began with a report of UN spending and proposed draft resolutions on preventing and combating corrupt practices and facilitating asset recovery. The Committee Secretary and the representative of Colombia stressed the importance of crime prevention and criminal justice. The Third Committee further discussed social development in the context of regional culture regarding youth, aging, disabled persons, and family life. Representatives focused on implementing outcomes of the World Summit for Social Development and the twenty-fourth special session of the General Assembly. The Committee deferred draft resolutions regarding women’s socioeconomic advancement, trafficking of women and girls, as well as “assistance to refugees, returnees and displaced persons and humanitarian questions” until a later time.

The committee discussed the promotion and protection of the children’s rights. Representatives proposed draft resolutions relating to “Child, early and forced marriage,” “Protecting children from bullying,” and “Rights of the child” (including, but not limited to migrant children). After some debate about language and content of the proposed revision, Sudan’s oral amendment to “Rights of the child” (A/C.3/71/L.20/Rev.1) was rejected by vote. The Committee adopted the revisions as earlier proposed, and several delegations followed with relevant personal statements. The committee agreed to adopt draft resolution to A/C.3/71/L.17/Rev.1 regarding the rights of indigenous peoples. 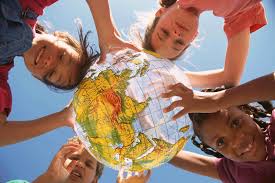 Ms. Formsma represented children who are indigenous by saying, “Often the participation and voices of indigenous children is not being heard; in developed countries, some indigenous children live in third-world conditions” She also stated how we must listen to young people because they know and understand what their community needs; they just need the support and resources to help develop the needs of the community. Chenor Bah told a story about his personal experience of being involved in the war of Sierra Leone; he became a refuge and thought to himself during all of the hardship, “This is not right; children should have a voice in this war.”

Dr. Flores revealed data about a survey taken children and adults throughout the world. The results revealed issues that matter most to children and their families: good education, better healthcare, better job opportunities, an honest and responsive government, protections against crime and violence, and phone and internet access. Dr. Flores outlined a few principles of democratic participation for children: power in relationships and decision making process must be transparent and understood by children; children should be involved in the initial stages of any process or project; all children should be treated with equal respect; demonstrate to children that they are being heard by actively listening; provide encouragement so children will speak, participate, and learn to make decisions.