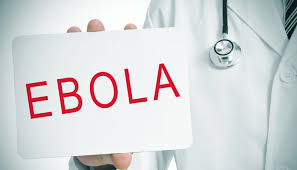 Dr. Nabarro stated that the current response to Ebola is the most extraordinary mobilization around a health issue he has ever seen. The current breakout is an issue that is deeply affecting society, economies, governments, and many aspects of global affairs—way beyond what ministries of health and health professionals are personally responsible for. People across many disciplines must therefore work together.

Although there have been “some signs of positive progress,” said Dr. Nabarro, “they are small signs.” In parts of West Africa, where communities are fully involved in the response and have proper resources, there are signs of a slowing of the outbreak. However, there are hotspot areas in which transmission is fierce. The response must learn to be flexible, bending to address the needs in areas where new hotspots emerge.

Essential services in affected countries are being undermined—access to health service for regular, typical accidents and health problems is limited; central services for poverty eradication have faltered; agriculture is being disturbed; access to education has suffered; and other functions of government are not working.

However, the World Bank and African Development Bank have given money directly to the governments of affected countries, ensuring that the capital exists to get health workers and responders the resources they need; communications capacities in affected countries are being increased; NGOs and UNICEF are involved in responding to the increasing number of orphans created by Ebola; UNMEER works to ensure community care facilities are created in areas touched by new outbreaks; and vaccines and experimental drugs have been in testing and production.

A representative of Sierra Leone reminded listeners that we must also begin thinking about comprehensive post-Ebola recovery—we must invest in recovery so that affected countries can get back on track and working on development once Ebola is beaten.

Established by the General Assembly in 1981, the UN Population Award is presented each year to a laureate or laureates who have made outstanding contributions in the fields of population and health.

Today at the Trusteeship Council, Father Aldo Marchesini and the organization Jhpiego were awarded the 2014 United Nations Population Award. Both award winners have dedicated more than four decades to saving the lives and preserving the health of women around the world. Targeting reproductive and maternal health care in communities, their efforts have jointly improved and expanded this healthcare sector.

Father Aldo Marchesini is devoted to treating ‘obstetric fistula’. It is a complication of childbirth occurring almost exclusively in places where basic maternal health care is unavailable. Prolonged or obstructed labour tears a hole in the birth canal, leading to chronic incontinence and, often, social isolation and marginalization. Having been the only doctor in Mozambique with the expertise to treat obstetric fistula for a long time, he lived through the countries prolonged post-independence civil war. Father Marchesini candidly commented that, “the plight of women seeking medical attention and treatment outweighed the threat he faced to his own life; having been kidnapped and imprisoned countless times during the civil war”. UNFPA supports obstetric fistula campaigns in Mozambique, including providing funds and surgical kits to Dr. Marchesini’s programme.

Jhpiego, originally known as the John Hopkins Program for International Education in Gynecology and Obstetrics, pursues the goal of reducing high rates of maternal death in low-income countries through family planning. In many parts of the world, women do not use any form of contraception due to a combination of lack of information, social stigma and, most importantly, a limited number of providers able to deliver needed services at time of need. Jhpiego’s primary campaign is to highlight the fact that the simple act of family planning has a direct baring in improving maternal, newborn and child health; HIV prevention, care and treatment and cervical cancer prevention and treatment. Over a million healthcare providers – doctors, nurses, midwives, community health workers – have been trained by Jhpiego in family planning and reproductive health.

Both Dr. Marchesini and Jhpiego have been instrumental in ensuring the long-term sustainability of maternal and reproductive health services. In conclusion Edita Hrdá remarked that, “the award serves as an expression of our joint commitment to ensure a life of dignity for all and to build a world in which every pregnancy is wanted, every childbirth is safe, and every young person’s potential is fulfilled”.