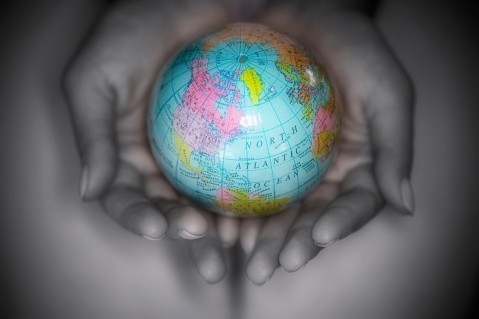 The meeting opened by asking what lessons have been learned and what actions can be taken regarding successful crisis mitigation.

Ms. Kaffa-Jackou spoke about her country Niger, which is a landlocked and least-developed country where 75% of it is desert. This leaves a region that is subject to recurring droughts, growing terrorist activity, and epidemics. One successful program started in Niger is the 3N initiative which not only bolsters early warning mechanisms towards climate change and food insecurity, but also establishes dedicated productive agriculture among farmers to later distribute to other Nigerians in need. This involves also teaching farmers in most affected areas of desertification to improve the quality of soil and prevent disease. They have also started to use drip crops using irrigation systems.

Mr. Waglé focused on the systemic problems. For example, in Nepal, six months after the earthquake, not one dollar of contributed aid had been applied towards recovery. An effective risk management system at the national and global levels needs to be established, along with the balance between preparation and coping. The distinction between development aid and restoration aid should be more blurred, as many restoration projects will take years, and thus become part of the country’s development.

Mr. Anthony gave a presentation about CCRIF’s successful crisis mitigation model for the Caribbean, which has been copied in other areas of the world. It has provided parametric insurance for Caribbean governments which has been able to consistently make payment of financial liquidity within 14 days after a catastrophe. It would be terrific to have one ultra-viable organization that has been renamed to pool risk across the world.

The speakers from the LDCs, LLDCs, and SIDs expounded on the many dangers their countries are facing. Mr. Sareer said one “cannot think of disaster reduction separately from climate change.”