The afternoon session of the “Conference of States Parties to the Convention on the Rights of Persons with Disabilities” was a continuation of the debate commenced in the morning, convened in order to hear comments from member states, as well as relevant NGOs, and IGOs. Nations such as India, Japan, and Jordan expressed their support through a multitude of ways; many countries have established disability acts which provide the disabled with accommodations in the work place or in school. Specifically, initiatives have been undertaken to educate these individuals on how to reach their full potential despite their disability, and funding has been provided for tools to help them (i.e cochlear implants, books in braille). Despite the progress underscored by the participants, many also sought to emphasize the necessity of future progress, including the enactment of more comprehensive policies regarding persons with disabilities.  The great potential to be unlocked by expanded employment of PWDs as well as technologies to facilitate communal, rather than institutional care, were discussed by the Representatives of the United Kingdom and Hungary, respectively. These disability acts also push for the inclusion of disabled people in the workplace and in schools instead of isolating them from society. It was emphasized how deaf children in several countries  often don’t have the opportunity to learn their region’s sign language until five years of age or older, thus putting them behind their fellow peers. It is essential that this circumstance be put to an end, and it should be encouraged to provide help for those who need help, no matter what condition they’re in, or what disability they have. 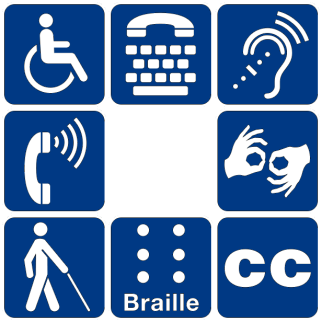 The Special Rapporteur on the Rights of Persons with Disabilities, Catalina Devandas Aguilar, expressed that communtiy policies neeed to include people with disabilities in the drafting process and in enactment. People need to be able to live independently and have access to resources, such as wheelchairs, personal care supplies, and new beneficial technology. Ms. Aguilar stated a community-based approach would be the most effective in involving and empowering people with disabilities.

In closing, Ikponwosa Ero, the Independent Expert on the Enjoyment of Human Rights of Persons with Albinism, spoke to the necessity of including people with albinism in human rights discussions. Many people with albinism have been violently attacked due to prejudice, or myths that connect albinism to witchcraft in several cultures. Some believe albinism is connected to cancer, which further leads to isolation and acts of violence. Ms. Ero concluded with the message that albinism awareness and education needs to spread to rural communities if targeted violence against people with albinism is to stop.

Meeting: 27th Meeting of the Third Committee, “Promotion and Protection of Human Rights”

Today, the President of the Human Rights Council, H.E. Mr. Baudelaire Ndong Ella, addressed member states on the work of the 26th session of the Human Rights Council in Geneva from June 10th-27th 2014. The program of work for the council had 42 meetings in the 3 weeks with 2,000 participants discussing human rights topics ranging from worldwide humanitarian crises to the abolition of the death penalty.

Mr. Ella stated that 3 main panels were held: a high level meeting on best practices in combating Female Genital Mutilation (FGM), a panel discussion on the safety and security of journalists, and a panel on the prevention and elimination of child marriages. The Human Rights Council also held debates on women’s rights, sustainable development and human rights, and technical cooperation and capacity building on the rights of persons with disabilities.

Mr. Ella stressed that the council’s work is becoming more dynamic, with a constantly increasing workload. Furthermore, the human rights situations in Eritrea, People’s Republic of Korea, Belarus, Ukraine, Palestine, and Syria were also discussed at the meeting in Geneva.

To fully implement and incorporate the provision of the Convention is indeed a long term process; it requires active cooperation and collaboration with all stakeholders, national and local authorities.  The United Nations called on Member States to review the implementation of the Convention on the Rights of Persons with Disabilities, and to exchange related experiences and achievements. Representative of Saudi Arabia started off introducing its specialized agency called ‘’Saudi Human Rights Commission” (SHRC), which monitors the implementation of the rights of persons with disabilities and raises awareness on these rights. He reaffirmed the importance of strengthening international cooperation in order to optimize the benefits of persons with disabilities, enhances their self-confidence, and achieves their full partnership in their societies without any discrimination.

Similarly, Romania recently launched a new initiative called COMBAT – Counselling, employment Opportunities, changing Mentalities; eliminate Barriers, Accessibility and Training. This allows the persons with disabilities to contribute to the professional development, so as to create and consolidate a strong motivation for training and integration in the labour market. Canada also demonstrated a solid record on disability-inclusive laws, policies and initiatives to reduce barriers for persons with disabilities.

To promote inclusion and respect for diversity for all, Canada suggested a new development framework – prioritize poverty eradication and address the most marginalized first. Canada does invest on persons with disabilities, which mainly focuses on traditional health interventions, as well as inclusive education, community-based rehabilitation and access to employment. Speaking about inclusion, the first ever Iranian female gold medallist in Paralympics, Zahra Nemati was present at the meeting today. Representative of Iran shared Zahra’s story, she competed in Taekwondo before her paralysis. Her story not only inspires women and girls in Iran, but also all around the world. “Hope is the torch of life, never surrender to obstacles”, she said.