The Executive Board of UNDP, UNFPA, and UNOPS came together to reconsider revised points to UNFPA’s policy for the prevention, response to and elimination of gender-based violence and harmful practices. Both the Director of Evaluation Office representative and the Executive Director touched upon updating policies to specify definitions, principals, and standards that have been previously established within the UNFPA. Four established areas regarding transparency highlighted within the UNFPA Evaluation Policy were discussed, with emphasis on joint evaluation (assessment of UN agency inter-relationships, i.e, UNFPA and WHO) and system-wide evaluation (assessment of UN as a whole). The Executive Director emphasized on result based management to take lessons learned from prior experiences to implement into new policies locally, regionally, governmentally, and internationally.

Delegates agreed on the necessity of UNFPA and cooperation between countries as well as sectors within the UN as a whole. The delegate from Switzerland on behalf of 20 other countries raised general concerns on resource allocation as well as the idea of system-wide joint evaluations, which was countered by the Director of Evaluation in explaining that resource allocation protects funding for the centralized evaluation core. Transparency will be combated with continued annual budget reports. More details regarding gender and human rights updates were also requested. Mexico highlighted a demand in attention for sexual and reproductive health treatment, specifically in younger people to strengthen political, economical, and social ties while Belgium voiced concerns for budgeting issues.

The United Nations Population Fund held a conference to reaffirm the mission of the organization and officially recognize Dr. Natalia Kanem as the new Executive Director of UNFPA. UNFPA is the leading reproductive health and rights agency of the UN for delivering a world where every pregnancy is unwanted, every childbirth is safe, and every young person’s potential is fulfilled. This meeting underlined the critical importance of instating universal access to sexual and reproductive healthcare.

Dr. Kanem aims to ensure that human and finance resources of the organization are optimally employed. A strong humanitarian presence must be maintained not only to colocate rapid response but to optimize common back office options.

The representative of Antigua and Barbuda highlighted the importance of UNFPA in responding to real time crisis in relation to the passage of recent hurricanes Irma and Maria. He also stated that the resources behind UNFPA should not be redirected from the program budget, but rather through cross-cutting and cross-saving exercises.

The representative of Cuba stressed the importance of maintaining attention and support for middle income countries, as they continue to face poverty eradication and commitment to not leave anyone behind. The representative of Norway asserted the protection and promotion of sexual and reproductive health as crucial for sustainable development. UNFPA must be a stronger humanitarian actor to support the women and men who do not know how to protect themselves from unwanted pregnancies, and disease, as lead them towards a better life. Enhancing better sexuality education is the equivalent of delivering the SDG’s.

The representative of the United States honored the concept of families as building blocks of societies and will continue to work with agencies that share this commitment. However, the U.S. stands against any program of abortion and coercion, as domestic laws of coercive abortion do not protect the sanctity of life, the most important human right of all.

Universal access to sexual and reproductive healthcare will also promote the advancement of gender equality, empowerment of women, and focus on eradicating poverty.

H.E. Mr. Chull-joo Park, Vice-President of the UNFPA, Deputy Permanent Representative of Republic of Korea to the United Nations

Mr. Tumasie Blair, Permanent Representative of Antigua and Barbuda to the United Nations

Mr. Tore Hattrem, Ambassador and Permanent Representative of Norway to the United Nations

Representative of the United States

Today’s meeting focused on why sexual and reproductive health and rights are essential to achieve the SDGs and gender equality. The moderator introduced the panel speakers and stated that NGLS is working hard to build support between the UN and civil societies.

The first speaker was Ms. Namasivayam, and she explained that SRHR is often vaguely understood and an overlooked component in development, yet its role is fundamental to achieving sustainable well-being for all. SRHR has two key components already captured in the SDGs: health and gender equality. She noted how access to health services is critical especially for low-income communities, and acts as a social leveler to reduce inequalities. She also said that fundamental freedoms such as who and when to marry enable autonomy and decision-making for women.

The second speaker was Ms. Nessa, and she explained the statistics behind the sexual and reproductive rights for context. 64% of women aged 20-24 are married before the age of 19, 31% of adolescent girls aged 15-19 already have one child, and 30.8% of school dropouts start an early sexual and reproductive role. She explained that one of the key challenges of SRHR is a lack of political will of the policy makers and executives.

Another notable speaker was Ms. David, and she discussed the sexual and reproductive health programs in the Philippines. She stated that there is weak implementation of such programs, as the Philippines is one of 2 countries in the world with no progress in MMR reduction. Abortion is illegal in the country, but estimates put the number of induced abortions at 600,000/year, resulting in 100,000 hospitalizations for abortion complications. However, she said that there is a growing demand among civil societies and the media for policy changes. After the panelist speakers, the floor was open for questions. 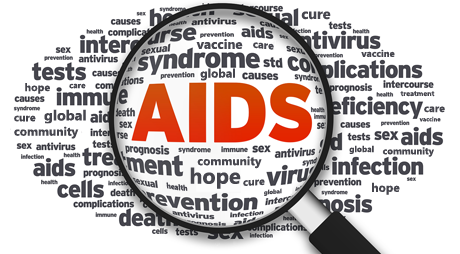 Mr. Kumar discussed the use of data in promoting the rights of women and children. Ms. Gilmore stressed the need to aid women who do not have the ability to make choices. Credible data is needed to enable legislation and utilize resources. Ms. Helkena stated that 70% of women living in the Marshall Islands have reported experiencing an act of sexual violence. Ms. Summers represented the Guttmacher Institute and presented a comprehensive report that analyzes the costs and benefits of investing in sexual and reproductive rights. She explained that enormous benefits follow from greater investment in women’s health and medicine. Each dollar invested in contraception reduces the cost of pregnancy and HIV care by $1.50. Further, the $39 billion needed for such an investment only amounts to $25 per capita.  Princess Zeid highlighted that women are unable to participate when they, or their children, are ill. Discussions within the developing community have demonstrated a desire to include women and adolescents.

Conflict-related violence has been increasing since 2007, and women and children are 14 times more likely to die in the resulting circumstances. Ms. Gilmore addressed the need to address infant mortality–60% of infant deaths that take place in developing countries are preventable. She focused on desegregating society and understanding the difference between urban and rural communities, questioning where multidimensional health risk assessment fits into overall development planning.

Mr. Heeke discussed unconventional data sources, like social media, that are being used today. Ms. Helkena discussed social norms and budget allocations, focusing on mobilizing the public through parliamentary champions. Ms. Winegar highlighted the need to link data to stories and anecdotes to relate to the public and evoke action.