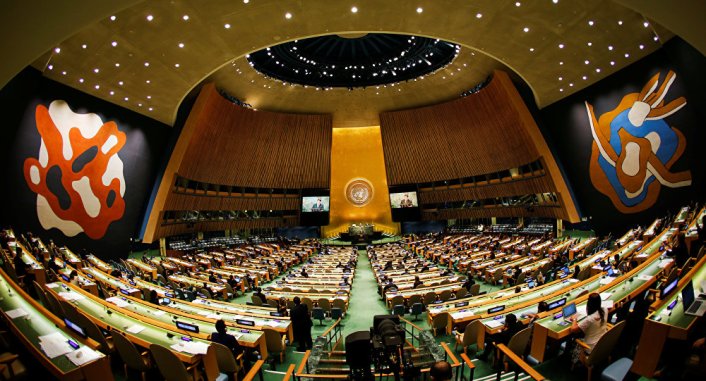 The November 22nd meeting began with a report of UN spending and proposed draft resolutions on preventing and combating corrupt practices and facilitating asset recovery. The Committee Secretary and the representative of Colombia stressed the importance of crime prevention and criminal justice. The Third Committee further discussed social development in the context of regional culture regarding youth, aging, disabled persons, and family life. Representatives focused on implementing outcomes of the World Summit for Social Development and the twenty-fourth special session of the General Assembly. The Committee deferred draft resolutions regarding women’s socioeconomic advancement, trafficking of women and girls, as well as “assistance to refugees, returnees and displaced persons and humanitarian questions” until a later time.

The committee discussed the promotion and protection of the children’s rights. Representatives proposed draft resolutions relating to “Child, early and forced marriage,” “Protecting children from bullying,” and “Rights of the child” (including, but not limited to migrant children). After some debate about language and content of the proposed revision, Sudan’s oral amendment to “Rights of the child” (A/C.3/71/L.20/Rev.1) was rejected by vote. The Committee adopted the revisions as earlier proposed, and several delegations followed with relevant personal statements. The committee agreed to adopt draft resolution to A/C.3/71/L.17/Rev.1 regarding the rights of indigenous peoples.

In its 53rd and 54th meetings on November 21st, the Third Committee discussed actions on six draft resolutions: advancement of women; report of the United Nations High Commissioner for Refugees, questions relating to refugees, returnees, and displaced persons and humanitarian questions; report of the Human Rights Council; right of peoples to self-determination; promotion and protection of human rights, human rights questions, including alternative approaches for improving the effective enjoyment of human rights and fundamental freedoms; and crime prevention and criminal justice. The Committee passed all draft resolutions, with some needing revisions.

Holy See, Slovakia, the United States, and South Africa were among countries that approved the draft resolutions discussed. It was agreed that stigmas affecting pregnant women and children must end and that education is the best form of HIV/AIDS prevention. Additionally, the United Nations needs to use human rights based approaches regarding people with HIV/AIDS and their individuals struggles. Throughout the meeting, representatives emphasized discrimination against the LGBTQ+ community in the form of gender identity and sexual orientation based violence that afflict non-cisgendered and non-heterosexual individuals globally. Several delegates claimed global campaigns and empowerment practices were only a few of the necessary approaches for women and members of the LGBTQ+ community to exercise and enjoy their full human rights.

Countries opposing some resolutions included the Russian Federation, Mexico, and Singapore. The Representative of  the Russian Federation argued that as a unique United Nations body with universal representation, the Third Committee must respect the disparate views of various countries. The Representative of Singapore agreed and added that delegations have the right to express the needs of their countries in the context of their cultures. H.E. Ambassador of Mexico stated that it is impossible to find a universal definition regarding this issue within the Committee.