While the exchange of visitors can contribute to economic growth, the tourist industry has unexplored and detrimental environmental ramifications.

Because tourists visit a location temporarily, there is a psychological disconnect that de-emphasizes problems facing a particular nation, thereby creating a sense that the tourist will not leave a longstanding effect on the nation they are visiting. On one hand, increased tourism encourages local investment in infrastructure projects, but influx of visitors drastically increases trash, litter, and transportation-based fuel emissions.

In this meeting, the speakers addressed how rampant use of plastic and large amounts of trash deposited in coastal island tourist communities circle through the ecosystem and have international ramifications. Health of communities is interconnected. 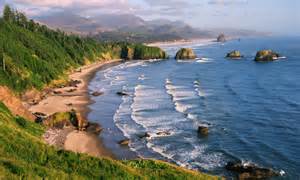 Solution to waste reduction in small coastal tourist destinations begins with morphing global mindset to see the whole world as home, rather than a specific country or region. The representative from Germany explained the sustained recycling efforts that have been underway for many years. Machines designed to collect waste and return fiscal benefit to those who recycle offer hope for transforming areas with high concentrations of tourism. While new initiatives and technologies are crucial to decreasing excess waste, the speakers suggested that new mindsets are necessary for a long-term sustainable solution.

A panel discussion, co-organized by the Permanent Mission of Austria, the World Tourism Organization and the Centre for Peace Research and Peace Education of the University of Klagenfurt, was held today to address the importance of tourism as a tool for peacebuilding process. Mr. Sajdik opened the discussion by sharing how tourism played the vital role in his own country, Austria, in recovering prosperity after World War II. He believed tourism can be a source of sustainable economic growth as well as the well-being for people. He carried on by highlighting tourism as building block for peace and harmony in which cultural dialogue and exchanges are embraced and promoted.

Mr. Rifai referred tourism as global peace industry, where tourists could freely engage in local communities and share stories with one another, meanwhile break barriers to embrace multicultural understanding. He anticipated stability and peace could be uphold and foster in this age of travelling if we called upon ourselves to be global ambassadors, promoting mutual understanding, tolerance and peace through tourism. Mr. Al-Nasser, then elaborated by pointing out tourism is an enabler for peace and development, fosters exchange of ideas and objectives and helps to make awareness of the diversity of cultural backgrounds.

Ms. Wohlmuther, the author of International Handbook on Tourism and Peace, introduced her work and discussed how tourism can overcome conflict and culture peace in eight domains of actions. She illustrated the connection between tourism and peace by means of case studies of Alps-Adriatic Region, Columbia, Myanmar and emphasized the importance of global citizenship education as top priority to raise global awareness and develop empathy for diversity. She called for the practice of peace-sensitive tourism, a new terminology used in her book, to foster peace, promote justice and humanity and to solve conflict in non-violence manner.

A joint open briefing was conducted to discuss the protection of critical tourism infrastructure. While natural disasters can be managed by implementing effective steps to restore the infrastructural damage, terrorism has a stronger and deeper impact on national security and hence, poses a greater challenge to national reputation, which cannot be easily restored. Chairperson Ambassador Raimonda Murmokaitė emphasised that terrorists are very well aware of these vulnerabilities and therefore, they continue to instill fear among people to the detriment of the country’s tourism.

Mr. Jean Paul Laborde, suggested four points towards enhancing the protection of tourism against terrorism. Firstly, there is a need for a well-integrated, sophisticated mechanism. Secondly, we should aim to turn perceived vulnerabilities into a source of strength in creative ways. Thirdly, enforcing security and catering to development needs are required since there is a close relation between development and security. Finally, respect for the rights of tourists needs to be integrated.

Mr. Jehangir Khan drew attention to the reasons as to why the CTITF should devote greater attention to the tourism sector with the UNWTO. The tourism industry employs millions of people and hence, it is closely tied to the development of economy. The member states have agreed to step up all their efforts to counter terrorism for which they may require assistance in the form of international cooperation. He also emphasised the value of public-private partnerships in promoting and securing the tourism sector. The collaboration between the states and various agencies will facilitate this process by bringing together collective wealth and expertise, thereby maximising the utility of national efforts.

Mr. Taleb Rifai, stated that the UNWTO is keen on strengthening its engagement with CTITF, in order to catalyse and mobilise counter-terrorism efforts of various UN system entities and to assist Member States in implementing the United Nations Global Counter-Terrorism Strategy. UNWTO aims to utilize its technical expertise to provide ongoing assistance to its members to assess and reduce risks related to tourism, particularly enhancing preparedness and mitigating the impact of terrorist attacks.