The meeting was jointly organized by the Permanent Missions of Georgia, Costa Rica, Denmark, Qatar, Sierra Leone and Singapore to the United Nations together with the UNDP and the UNODC. These countries came together to share their experience fighting corruption.

The meeting was opened by the participants’ recognition that corruption-free institutions are critical to improving governance and the attainment of the entire 2030 Agenda. All the countries brought attention to the SDG 16, which underpins peaceful, just, and inclusive societies. They place further emphasis on the targets 16.5 and 16.6: substantially reduce corruption and bribery in all their forms, and develop effective, accountable and transparent institutions at all levels. 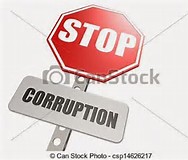 The six countries shared how they localized the implementation of the targets. Juan Carlos Mendoza illustrated Costa Rica’s anti-corruption efforts such as its national strategy and public accessible information. Nikolaj Hejberg Peterson from Denmark, the cleanest country according to Transparency International, discussed his country, and that it would host the International Anti-Corruption Conference in 2018. Zurab Sanikidze from Georgia focused on the country’s institutional framework, key anti-corruption reforms, and open government partnership strategies. Abdulrahman Al-Hamadi from Qatar talked about the importance of achieving peaceful, just and inclusive societies to his country, even before the adoption of the SDGs. Felix Alie Koroma from Sierra Leone reported steady progress made in his country. The last panelist Joseph Teo from Singapore highlighted its strict anti-corruption approach. He added that society and culture in Singapore eschew corruption. This cultural aspect was surprisingly not mentioned by other country representatives.

As an important benchmark of anti-corruption efforts, representatives from Georgia, Qatar, Sierra Leone discussed how their countries had already established independent anti-corruption bodies to fight against corruption. Witness protection, intelligence sharing and training for judges are also common. 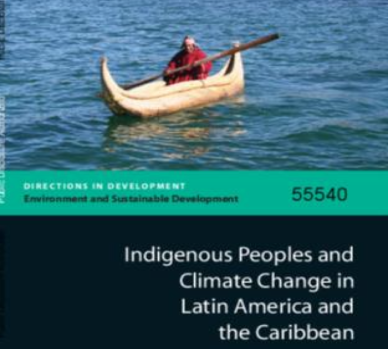 The side-event was part of the Sixteenth Session of the United Nations Permanent Forum on Indigenous Issues organized by the International Labor Organization (ILO). Its main purpose is to launch its new report “Indigenous peoples and climate change: From victims to change agents through decent work”.

Martin Oelz from ILO first reported the key findings. He highlighted that indigenous peoples, despite their vulnerability to climate-induced threats and challenges, can be agents of change to achieve the SDGs and spur green growth based on their traditional knowledge. Oelz further demonstrated the contribution of the indigenous peoples by presenting some numbers. For example, indigenous peoples account for 5% of the world population, but they care for about 22% of the earth surface and protect 80% of remaining biodiversity on the planet. 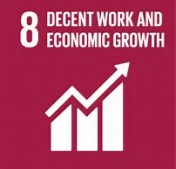 Panelists then expressed their views in support of protecting indigenous peoples and their traditional knowledge. Sudatta Chakma from Bangladesh presented with his country’s efforts to protect the livelihood of ethnic minorities. Robert Glasser, Sille Stidsen, and Rishabh Kumar Dhir agreed with the ILO report that indigenous peoples are “at the vanguard of running a modern economic model based on the principles of a sustainable green economy”. They strongly believed that governments should learn from their traditional wisdom to achieve economic empowerment and environmental protection simultaneously.

Joann Mae Spotted Bear, a representative from Lakota, one of the indigenous peoples of the Great Plains of North America, made interventions during the panel discussion. She condemned the US government for threatening their clean water and land by approving the construction of Energy Transfer Partners’ Dakota Access Pipeline.
Overall, participants emphasized that the report launched by ILO enriched the ongoing discussion on the indigenous people’s related issues, including human rights, social justice, employment, traditional knowledge and climate change.

The sixteenth session of the Committee of Experts on Public Administration (CEPA) aims at exploring public administration solutions to the implementation of the 2030 Agenda. Divided into two parts, the meeting first discussed ideal institutional arrangements for the SDGs, then reviewed the latest implementation progress.

First, expert panelists Allan Rosenbaum, Jan Ziekow, Rowena Bethel and Pontso Sekatle agreed on several features which governments should adopt in their institutional arrangements. They include integrated policies, effective budget planning, and strong capacity of local governments, etc. They also recognized that among all goals and targets trade-offs are inevitable. A multi-stakeholder approach that characterizes synergies and arbitration is thus vital so that “all groups are given the opportunities to make their case”.
Representatives from regional organizations and countries then shared their experiences in implementing the SDGs. Marion Barthélemy urged the governments worldwide to further strengthen their legislative framework and civic engagement. Tishka Francis stressed the importance of partnerships to Small Island Developing States due to their vulnerability to climate change and external economic shock. Luis Alberto dos Santos presented Brazil’s achievements and challenges in realizing the SDGs. Obstacles such as lack of governance and financial crises were highlighted. Rolf Alter also reported on OECD’s actions taken to achieve the SDGs.
When the floor was open for the interactive dialogue, Margaret Saner, Vice Chair at UN CEPA from the UK, expressed her regret that the UK government does not seem to have the political will to drive progress. Hezu Ma, Member of CEPA from China, conversely, said China had “played a leading role” among developing nations and would continue to join the international community to help achieve the SDGs.
The central message from the first day of the CEPA sixteenth session is unambiguous: there is much more yet to be done.

The impact the transatlantic slave had on the world’s history reveals the importance of the contributions of each individual involved in it. As Professor Abena Busia noted, when people think of the slave trade, the stress is on the word “slave,” not on the word “trade,” and looking at it with the focus on trade in a historical and contemporary context reveals its significance and present effects.

In the beginning of the transatlantic slave trade, before being slaves, each individual was part of a family, played a role to contribute to their family, and led normal lives. Although we learn of the harsh conditions slaves went through while traveling to the Americas and other territories, the slaves flourished in Latin America early on. With a robust African population, Africans in Spain that traveled early to Latin America were essential in the destruction of regimes and construction of lands. In the 1500’s Africans helping conquer lands were free to work, entrusted with arms, and helped build forts and buildings. African conquistadors were even given gold and entrusted to be translators, but the wealth and status they acquired was soon lost as white settlers seized the lands. With white settlers wanting to take over land and not wanting to perform the functions needed to do so, they turned the Africans into slaves for free labor.

Although the slaves endured much, their trauma created significant socioeconomic contributions. Their work created wealth for families, increased trade of goods through their labor, and developed economic enterprises. Their political activism of resistance to slavery was and continues to be one of the biggest impacts the slaves left for people of African descent. Their experiences have passed on essential values that continue to impact the world today.

Meeting: The Transatlantic Slave Trade and the Socio-Economic Contributions of People of African Descent

The speakers today are confident that the youth population should be at the epicenter for vision and transformation. Ms. Agbarakwe discussed the awareness of youth power and international influence to pressure governments and ensure their voices are heard. However the world is lacking an action plan, locally, nationally and globally, to prevent the exclusion of youth from the workforce and to connect them with important training particularly in entrepreneurship and agriculture.

Mr. Nik Hartley, Chief Executive Officer of Restless Development, drew statistics on Tanzania where 50% of the population is under 15, fertility rates are 5 children per mother, 800,000 young will need to entre the job market every year, and as 8% of young people turn to criminal offenses, there is a clear need for high youth employment and inclusion.

Ms. Goldin expressed concerns that youth make up 40% of the world’s unemployed, as they can be vulnerable to long term unemployment, with little opportunity for advancement and skill enhancement. Governments operate inefficiently as they face monetary losses from missed taxation opportunities, and high benefits payments. Ms. Ollivierre and Ms. Trettebergstuen emphasized the importance of training young people in entrepreneurship, as current education systems don’t always facilitate students with skills necessary for employment and sustainable business.

Mr. Landi explained that 9/10 jobs are created in the private sector and agreed with Mr. Dino Corell that not just quantity but the quality of employment must be monitored to ensure that young people are respected and given equal and fair employment standards. The discussion expressed a need for the youth civil society and governments to work alongside employers in a collaborative training experience acting as a stepping-stone into the work environment.

Ms. Taylor declared there is no single solution but there must be an unwavering commitment to the inclusion and engagement of the youth population in the current agenda setting, which paves the way for development into their future.